Ivan Vilotic has over 10 years of experience working in telecommunications.

Ivan was appointed as NES CTO over a 4 years ago. He was voted unanimously by the whole team to the new position.
He personally worked or overseen many large projects such as Hotel Crowne Plaza Belgrade, Hotel Splendid, National Museum of Serbia, Belgrade Waterfront, Hotel Intercontinental Ljubljana, Hotel 88 rooms, Hotel Grand (MK resort) Kopaonik, and many others
His previous companies include Telekom Serbia, and his knowledge includes design, implementation, and maintenance of secure networks, WiFi networks. He is skilled in different vendor equipment, including Extreme Networks, Cisco, Juniper, and Fortinet.
Due to his outstanding organizational and managerial skills, he was appointed as NES CEO in December 2019.
Ivan graduated at University of Belgrade, Faculty of Management. He holds certificates in network design and implementation 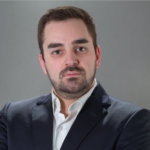 Nikola has over 20 years of experience in telecommunications, in technical and sales area.

He was a CEO of NES Communications from September 2012 to end of 2019.
At the same time Nikola has always worked in sales and was the best salesman in the company.
Currently he holds the position of Chief Marketing Officer.
His previous positions included companies such as Ministry of Finance, Telekom Srbija, Siemens Enterprise Communications (SEN). During his work in SEN and NES, Nikola has worked all over the World, including Ireland, Portugal, France, Luxembourg, Slovakia, Balkans, and Africa.
Nikola has graduated from Electrical Engineering at University of Calgary, Canada. He continued his studies at University of Sheffield, where he completed the EMBA program. Recently Nikola has completed NLP Trainer program.
On his career path he held different other roles, such as regional consultant for large enterprise voice systems, through Head of Technical Support department, and lastly COO. By doing so, has perfected his managerial, technical and sales skills. 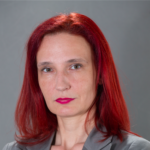 Katarina has over 20 years of experience in telecommunications industry in the finance area.

She previously held positions ranging from account manager to managing director of Roaming Electronics subsidiary.
She also has vast experience in leading the commercial and administrative sectors in many other companies.
Due to her extensive knowledge of the telecommunications market and economic skills, along with analytical and personal skills, which made her a perfect team member at NES Communications, she was appointed as NES CFO.
Her major accounts at previous companies were Telekom Srbija, Huawei, Metro, Delhaize, Idea and many others.
Katarina graduated at University of Belgrade, Faculty of Management, Department of Economics. 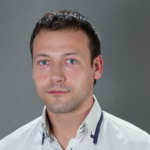 Service engineer at NES Communications since 2013.

His experience in networking dates from his days at internet provider companies in Serbia. Using this experience, he has moved to be the lead engineer for Large Enterprise Voice and UC systems.
Miloje has worked around the globe on NES projects such as France, Luxemburg, Portugal, Nigeria, USA, etc. He successfully completed large and complex project for financial institutions, service providers, universities, hospitals etc.
He has graduated from University of Belgrade, ICT College, as engineer for information and telecommunication systems. He holds multiple certificates for deployment and maintenance of telephony, UC and networking systems. 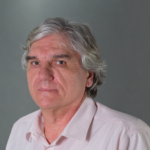 Dimitrije has been a member of our team since the beginning of NES Communications.

His long experience includes companies such as VF-TEL, Siemens, Siemens Enterprise Communications and NES Communications. Since 1997, Dimitrije has been in charge of design, deployment, and maintentance of large engerprise system (HiCom 300, HiPath 4000 and OpenScape 4000).
Dimitrije has worked on projects all across Europe, including some of the largest Siemens deployments of PBX systems. He has graduated from University of Belgrade, as engineer for electronics and communications.
Dimitrije still shows interest in learning new things, quickly resolves problems, and teaches younger colleagues all he knows.
He holds multiple certificates in large and SMB telephony systems.

Service engineer at NES Communications since 2014.

Milan has extensive knowledge of SMB telephony and UC systems, and digital signage systems. His longing for perfection makes him a irreplaceable member of the team, that does projects with enthusiasm, creating ultimate customer satisfaction.
He has worked on projects such as Generali Insurance Serbia, Telenor, NELT, Hotel Intercontinental Ljubljana, Metro Cash and Carry, Hotel Regent, Hotel Vrdnik, Hotel Opera, and many others.
Milan has graduated from University of Belgrade, ICT College. He holds multiple certificates in telephony and digital signage systems. 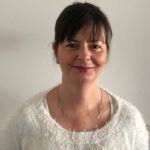 Valerija is the first ELV system designer to be employeed as NES Communications.

Valerija is a Lead ELV System Designer with over 20 years of experience in ELV systems design, projects follow up/coordination, engineering, and consulting business.
She has vast experience in different design stages while following all the project lifecycle phases. Her expertise in designing, technical support, and team-leading was acquired while working in companies Energoprojekt-Industrija, Koving, and Arhi.Pro.
During career, she designed and developed a large variety of telecommunications and security systems solutions for different purposes buildings, campuses and residences.
Some of the largest and the most complex designs she did as an ELV Designer or as a Lead ELV Designer are: Shopping Mall BW Galeria-Belgrade, facilities in the Porto Montenegro-Tivat campus, Army base in Lubango-Angola, Grand Casino Belgrade, Main administrative building Metals Bank in the Novi Sad, One&Only hotel complex facilities in Porto Novi-Montenegro, and many others.
Valerija holds a Specialist degree in ICT studies in Belgrade, and currently, she is finishing her master studies. 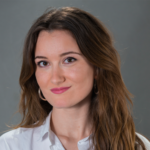 Jovana is one of new additions to NES team.

She has joined while still studying at University of Belgrade, faculty of Electrical Engineering. Her sharp mind and great ideas have secured her a position as presales engineer as soon as she graduated.
Jovana is working extensively on new projects in Serbia, France, and Madagascar.
Her technical background and language knowledge, along with her personality give her a possibility to work on projects of all shapes and sizes.
Jovana holds certificates for technical consultant for networking and telephony systems.

Ivana has over 10 years of experience as administration and commercial assistant.

She is a valuable member of the team as she helps realize projects after sale is complete until payments are received. She works closely with the whole team, and alongside Sasa Cucic helps every team member whenever they need it.Her previous experience includes large companies such as Delhaize and Hemos.
She graduated from University of Belgrade, school of trade.
Some of her large accounts at NES Communications are companies such as Serbian Police Department, MK group, Capital plaza, and many others.
She holds all relevant certificates for sales in telephony and networking.

Sasa has over 25 years of experience in Logistics.

He has worked at large companies such as GT and Siemens Enterprise Communications. He has been a member of our team for more than 10 years.
All import, export, delivery, replacements, warranty, and other logistics support is his doing. He has Ivana as his closest co-worker, and together they do wonders.
He is also responsible for all the nice gifts we prepare for our clients and partners, and together with the rest of the team he makes all our great projects possible.